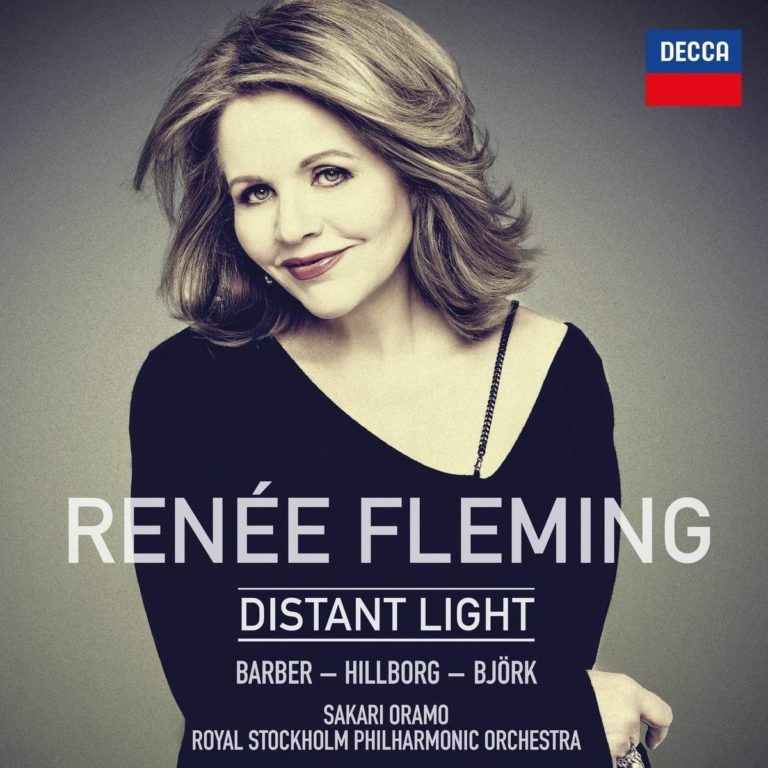 Distant Light is Renée Fleming's first foray into the hypnotic world of Scandinavian music. For her first new studio album in three years she has chosen to inspire and provoke with a daring mix of music. The title comes from a poem in a new song cycle dedicated to Renée and here receiving its world premiere recording: Anders Hillborg's The Strand Settings. At once atmospheric, elegiac and unsettling, the work was crafted with Ms. Fleming's creamy voice in mind, wrote the New York Times at its first performance in 2013. One of Sweden's brightest star composers Hillborg has a close relationship with the Royal Stockholm Philharmonic where this recording was made in February 2016 with its principal conductor Sakari Oramo. Renée couples this with three songs by Björk in specially commissioned orchestrations by the brilliant Swedish composer and arranger Hans Ek, recorded here for the first time. Why Björk? Both she and Renée are recipients of Sweden's Polar Music Prize. Both dare to be original. In the fascinating booklet interview Renée talks about her admiration for Björk: "Her originality is breathtaking. She just blazes her own path forward." Renee chooses the songs which mean the most to her personally and musically. Distant Light also evokes the world of summer evenings in Tennessee which is the setting for Samuel Barber's masterpiece, Knoxville: Summer of 1915. This is new to Renée's discography and one of her most requested pieces: perfect repertoire for America's reigning diva (Washington Post).

The poems generally inhabit nocturnal worlds, and concern themselves with loss and dreams and unfulfilled expectations. Hillborg often presents them in a recitative-like way, so that Fleming’s voice floats over subtly tinted cushions of more or less static orchestral chords. It’s only really in the third of the four songs that he allows himself more freedom in his orchestral writing, and the wilder textures that are more typical of his orchestral music assert themselves. But as a vehicle for the soaring purity of Fleming’s voice, and as an evocation of Strand’s very finely etched sensibility, Hillborg’s settings are genuinely beautiful and their cumulative effect is powerful.